Kratom and Caffeine: Uncovering the Similarities

“Kratom” was once a rather unknown word, even though it’s been around for a long time, and has even been used medicinally for way more than a century. However, not everyone understands exactly what it is, how it works and the ways in which it might best benefit them individually.

If you work in the health and wellness field, chances are that you’re much more familiar with Kratom, or even the plant from which it is derived, Mitragyna Speciosa. Personal trainers are talking about Kratom with their clients, while those who operate in the realm of holistic and alternative medicines are exploring its many properties and discovering its numerous uses. In short, you may just hear about Kratom almost anywhere.

One thing that you’ve probably noticed is that Kratom is quite commonly linked with caffeine, as that they do possess some of the same qualities. In fact, there is a list of similarities between the two, so it’s great to know that you have options.

Bur first, let’s get up-to-date with both Kratom and caffeine, to make it easier to spot their similarities when they appear.

Okay, so here are a few fast facts that will assist in making sure that you have at least a basic understanding of Kratom. 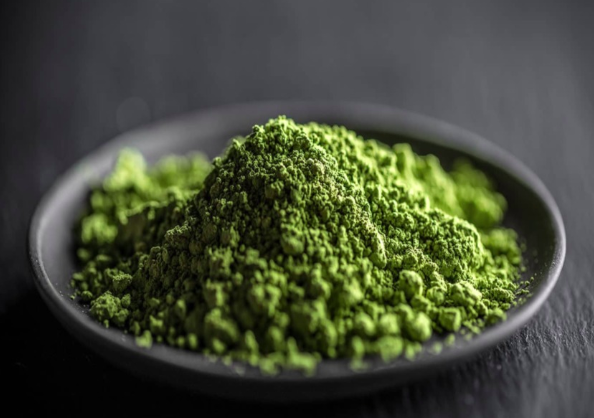 Notable Similarities Between Kratom and Caffeine

Now that you know a little more about both Kratom and caffeine, it’s time to explore the ways how are similar, making it easier to decide how best to achieve your desired results.

Where do they originate?

As noted above, both Kratom and caffeine are plant-based, and are derived from the leaves in the case of Kratom, and most commonly from the beans, nuts and leaves when it comes to caffeine. However, what really draws a big similarity between the two is that they both originate from the Rubiaceae family of plants and trees. So, Kratom and caffeine are very alike, even when their respective plants are only seedlings.

How are the benefits produced?

Alkaloids are the active properties that produce the benefits that the user might be after. There are numerous alkaloids that offer a myriad of results. These different alkaloids can be identified in products, so that consumers can best choose which will be most beneficial, depending on their individual needs.

Why are they generally utilized?

There are many uses for both Kratom and caffeine, but the one that they both share is usually pretty obvious. Some scientific research may suggest that Kratom may be used in hopes to help insomnia, but most users are typically after that boost of energy that both sources are known to provide. You may hear people say, “Not before my coffee!” However, it may not be too long before it becomes normal to hear, “Not before my Kratom!”

How are they taken?

When you purchase Kratom, it comes in multiple forms, such as crushed leaves that can be used in coffee and tea, or powders that can pep up a smoothie or be turned into a convenient capsule form, with anecdotal reports showing that some people take it to maintain a healthier weight. Of course, it’s not too difficult to think about your preferred ingestion methods of caffeine, which can range from a latte to a bubbling soft drink. However, caffeine often appears as an active ingredient in weight-loss pills and other supplements.

Now that you see the numerous ways that Kratom and caffeine are similar, it’s simple to understand why they are commonly linked. Kratom is also no more addictive than a steaming cup of coffee. Just remember that caffeine is almost always used as a stimulant, but Kratom has a long list of other potential benefits to uncover.